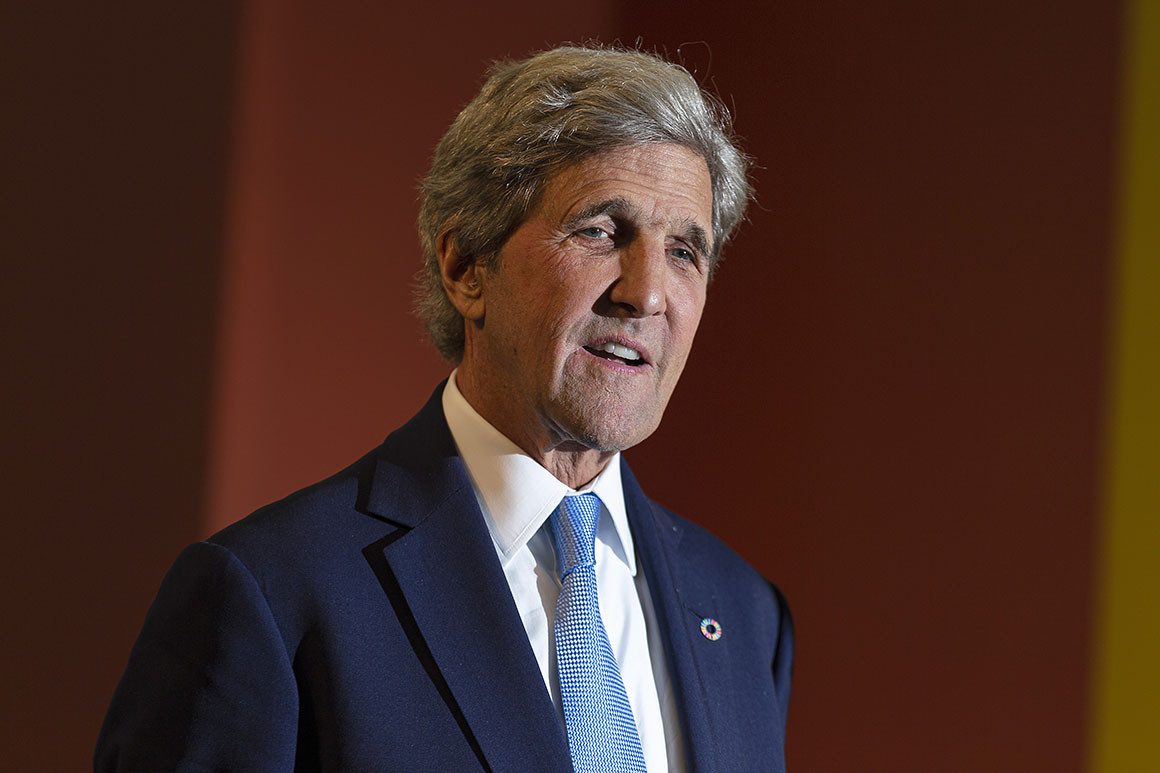 To reach the country’s goal of net-zero emissions by 20-50, Kerry says his country will be able to rely on tech that hasn’t been invented yet.

But University of Cambridge Professor Julian Allwood believes “it’s virtually impossible for new technologies to have a significant effect on global emissions in the time we have left to act”.

“We don’t have to give up the quality of life to achieve some of the things we want to achieve.”

Meanwhile, Craig Bennet from UK Wildlife Trusts says “we will benefit from new technologies, but they are most likely to be in industries that already exist – such as renewables”

‘Ecocide’ could be on the same level as war crimes 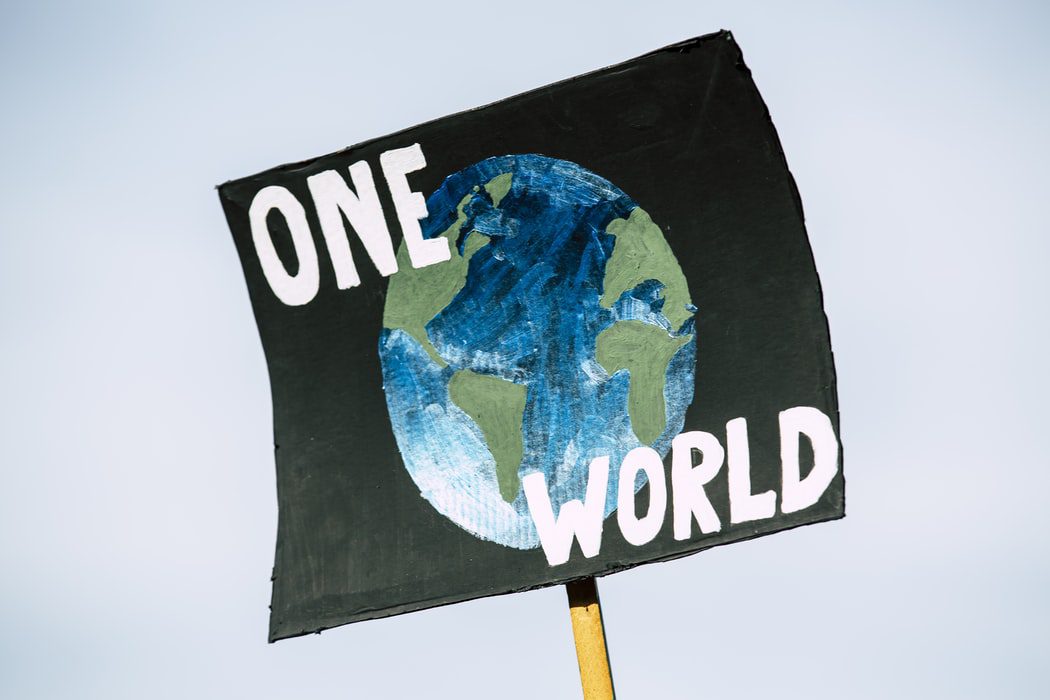 Lawyers have formed a new definition for ‘ecocide’, which places it on the same level as war crimes.

The draft legislation says ecocide is “unlawful”. It also outlines the “acts committed with knowledge that there is a substantial likelihood of severe and widespread or long-term damage to the environment”.

Jojo Mehta is the Chair of the Stop Ecocide Foundation, who says the event was a “historic moment”.

“This expert panel came together in direct response to a growing political appetite for real answers to the climate and ecological crisis.

“The world is waking up to the danger we are facing if we continue along our current trajectory.”

There is currently no legal framework in place to deal with ecocide at an international level. But ecocide could place perpetrators on trial at the ICC or in any ratifying jurisdiction.

Marie Toussaint has made it her mission to progress ecocide recognition in the European Union.

“After years and years of non-stop mobilisation and struggle all over the world, recognition of ecocide has gained strength and public support.”

“This recognition is essential if we want to protect all life on our planet, as well as peace and human rights.”

The draft follows six months deliberations between 12 international criminal and environmental lawyers from around the world. 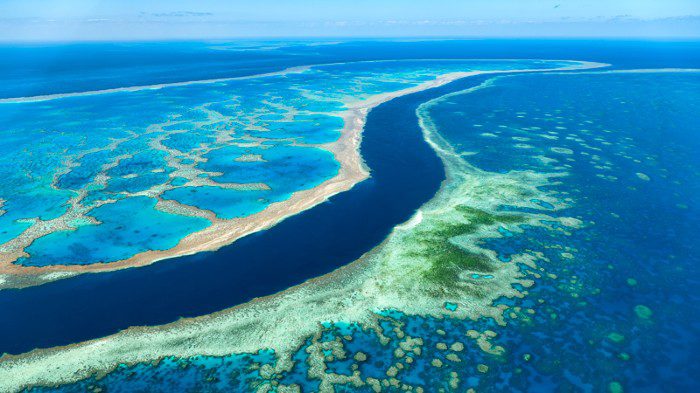 UNESCO is urging Australian authorities to take action and place the Great Barrier Reef on the heritage list of sites that are “in danger”.

If the recommendation is followed, it will be the first time a natural world heritage site has been placed on the list as a result of climate change.

Ley says the government will “strongly oppose” the recommendation, describing the suggestion as a “backflip on previous assurances” that this would not happen.

Meanwhile, Ley says “the government will contest this flawed approach, which is one that has been taken without adequate consultation.”

Ley believes climate change is the biggest threat to the reef, but the world heritage committee is “not the forum to make a point” about it.

“You weren’t blindsided, you had your eyes open”

Ahh no. You weren’t blindsided you had your eyes closed, you ignored the science and kept taking donations from the fossil fuel industry.” 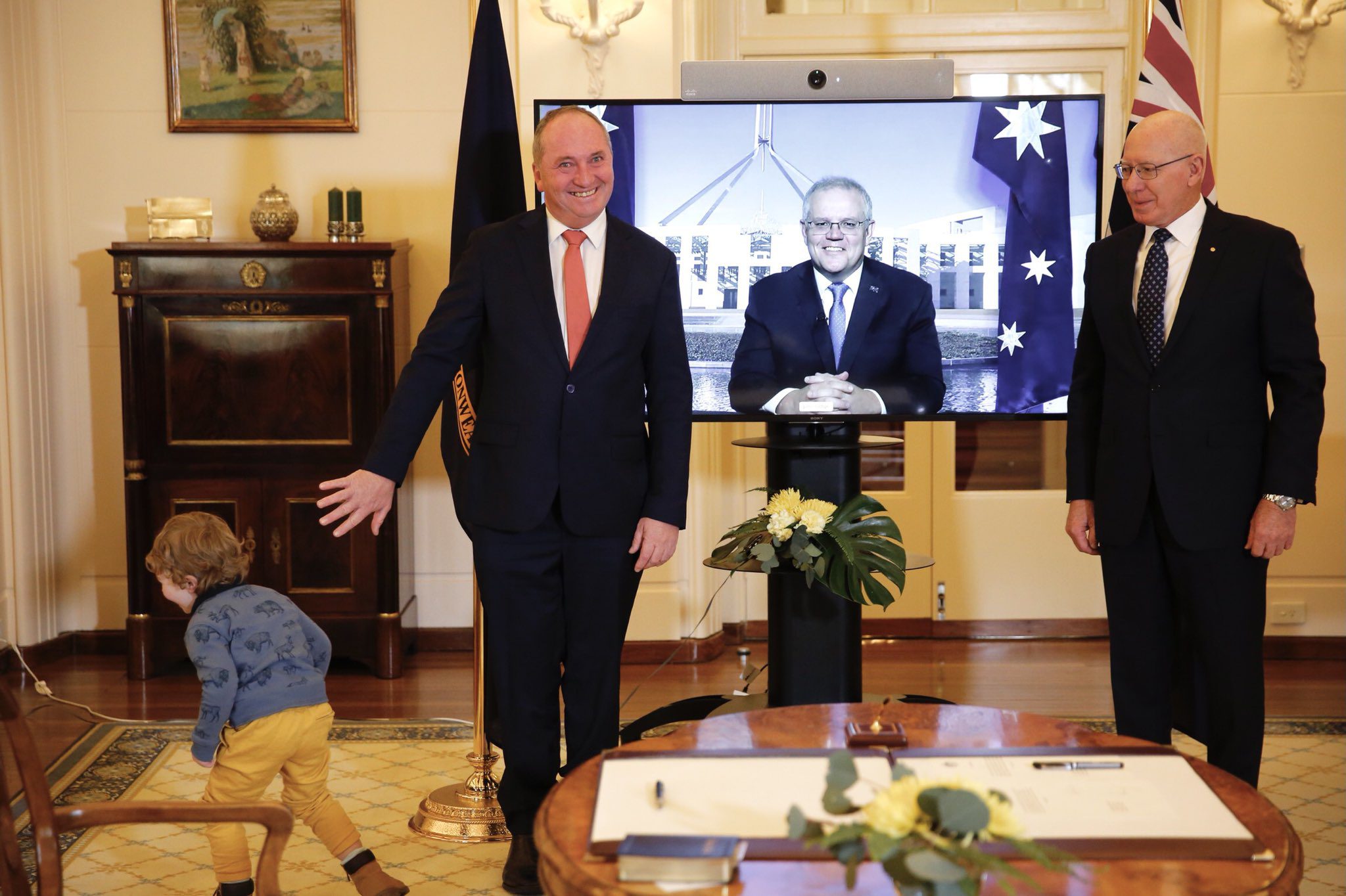 Australia has a new Deputy Prime Minister, with Barnaby Joyce now controlling the Nationals Party. Joyce has previously been at the forefront of controversy and has been known for his lack of recognition of climate change. So what does this represent for Australia’s climate policy and targets?

Australia is increasingly divided and isolated on its climate policies and targets. The rest of the world is moving towards reducing its carbon footprint, well before 2050. The UK has recently moved towards 78% carbon reduction by 2035, compared to 1990 levels.

Australia’s Prime Minister Scott Morrison was inching closer towards 2050 targets, after the G7 summit. The Nationals party didn’t like this, and now Barnaby Joyce is reappearing in the Deputy Prime Ministers seat.

Australia is expected to step up its ambitions in a constructive way at the global climate conference in November. Australian Greens Senator Sarah Hanson-Young says Joyce is not the right person for the role.

“Australia is going to be expected to play a constructive and important role there. But those, like Barnaby Joyce, who don’t even believe in the science on climate change. He doesn’t think its a problem. He doesn’t think Australia needs to transition from fossil fuels. It puts Australia at stark odds to our closest allies… It leaves us out in the cold… this is going to be embarrassing.”

Road to net zero: Environment Minister insists there will be no change

Australia’s environment minister is insisting there’ll be no change to the government’s climate policy, despite the return of Barnaby Joyce as Deputy Prime Minister.

The environment minister Sussan Ley insists the preference to reach net zero emissions by 2050 is still the government’s position.

Mr Joyce was elected as Nationals leader in a spill on Monday. He’s expected to demand greater control over future climate change policy.

Scott Hamilton and Holly Stearnes spoke with the director of IEEFA, Tim Buckley. IEEFA is the institute for energy economics and financial analysis and are accelerating the transition to a diverse, sustainable and profitable energy economy.

One of Australia’s largest hoped for coal export markets is Vietnam, but even they don’t need Australia’s coal. Vietnam recently installed 9 gigawatts of rooftop solar in one year, that’s three times more than Australia did in ten years. Australia is heavily relying on Vietnam to import its coal, but why would they do that when they can do their own domestic zero emissions solutions at are at a lower cost?

Other climate news this week:

In Australia, the NSW Government will put an end to stamp duty on electric vehicles, to increase uptake. Drivers will also be offered thousands of dollars in other incentives, as part of the $500 million plan.

The extraordinary plan will be revealed this week, with a plan for battery-powered vehicles to account for more than half of all new car sales by 2031. However, there’s a catch, EV drivers will be hit with a road-user tax within six years to fund road and infrastructure spending.

“We’re charging up the nation to make NSW the Norway of Australia when it comes to electric vehicles.”

New South Wales will soon be the best place to buy and drive an electric vehicle in Australia.

Our nation-leading Electric Vehicle Strategy will incentivise EV uptake, provide industry with the certainty to invest and make the technology accessible across the community. pic.twitter.com/Btk6tkFet4

South Korea has now committed to a 40% reduction in emissions by 2030. They have also committed to net-zero by 2050. This is a bold statement against climate change from South Korea, who are a really important trading nation.