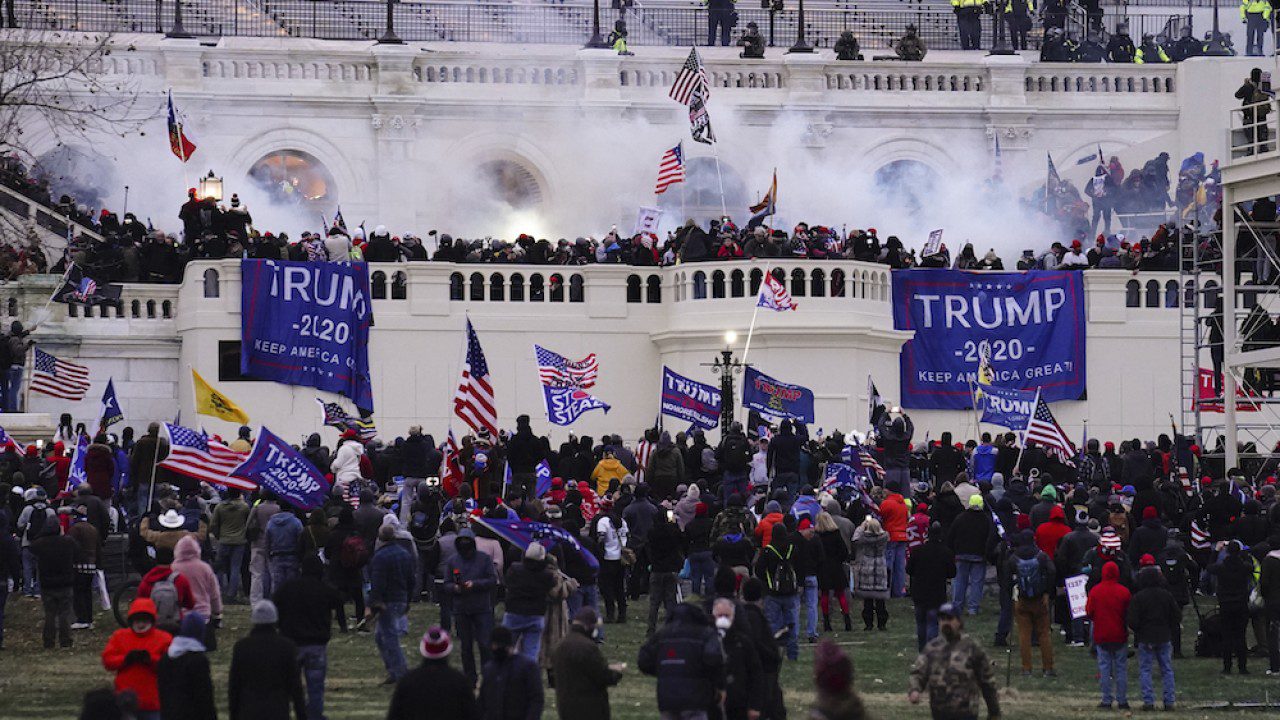 New footage has been released from the January 6th Capitol riot after legal action from major new networks.

The body cam footage and shows ex-NYPD officer Thomas Webster, he is the one wearing the red jacket, wielding a flagpole, rushing at police and tackling a cop to the ground.

Prosecutors say that the minute long clip shows the retired cop in a crowd of pro-Trump rioters, screaming profanities at officers.

The department of Justice released this after legal action by CNN and other media outlets.

t’s been described as “democracy under stress” and US Republicans are divided after the GOP derailed an inquiry into the deadly assault on the Capitol by former President Donald Trump’s supporters.

Democrats and some moderate Republicans had called for a commission to probe the events up to the incident.

Republican Madeline Dean says many of her colleagues are scared.