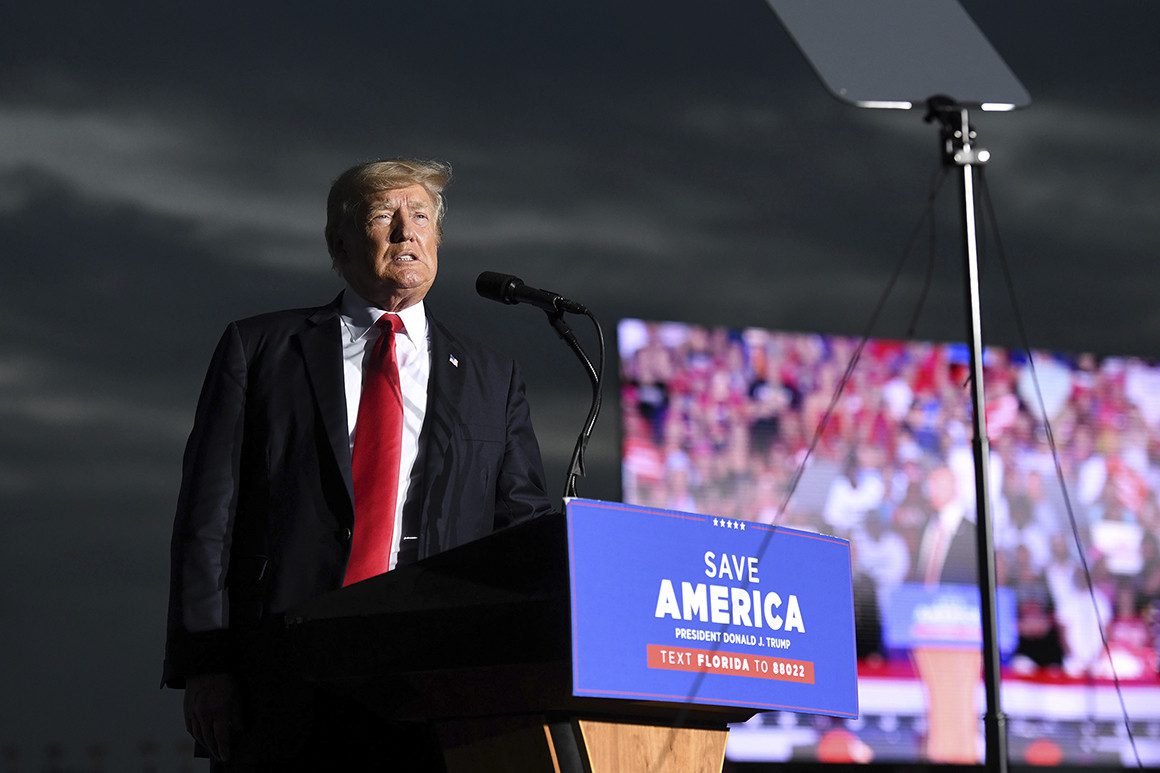 A year ago, President Donald Trump staged an Independence Day double-header: July 3, at Mount Rushmore in South Dakota, and July 4, at the White House in Washington.

The country was in crisis, the suffering immense.  130,000 Americans had died of Covid.  America was in recession, with real unemployment over 15%.  George Floyd had been murdered a few weeks earlier. The national mood was bleak; the outlook from the President was ugly.

With the sculptures of four of America’s greatest presidents – Washington, Jefferson, Theodore Roosevelt and Lincoln – looking down on him, Trump was moved to deliver these words:

The next night, at the White House, Trump left no room for misunderstanding: “We are now in the process of defeating the radical left, the anarchists, the agitators, the looters, and the people who, in many instances, have absolutely no clue what they are doing.”

Trump, along with his wife, his son and most of this senior staff, would go on to contract Covid, engage in the most disgraceful presidential debate ever with Joe Biden, and lose the election in November – a defeat he has never accepted or acknowledged.

Over 450,000 more Americans would die in the pandemic.  A Trump-incited mob would attack the Capitol to try to stop the certification of the presidential election.

What has changed one year on?

Today, President Biden is celebrating July 4 with the theme “America’s Back Together.”

The pandemic is not yet defeated but is well past peak.  Close to 70% of Americans have received at least one vaccine jab.  Unemployment has fallen below 6%; 3 million jobs have been created since Biden took office; and economic growth is projected at over 7% — faster than at any time since Ronald Reagan was president.

The country is not united – far from it

Politics are terribly polarized.  Democrats control the House of Representatives with a 4-vote margin (out of 435) and the Senate by one vote (50-50 plus the Vice President.  Bipartisanship has failed on voting rights, gun control, immigration reform.

There is a deal with 10 Senate Republicans on infrastructure to rebuild the country – but we do not know if that agreement will hold.

And yet, there is a quiet mood in the country that things are better, and some hope is warranted. 50 million Americans on the road this holiday weekend.  Day-to-day life is back to more normal rhythms.  Schools are open.

The troops are coming home from Afghanistan.  Biden is well received by allies around the world. He likes to say, “America is back.”

The President today preaches unity, not hate.  When tragedy strikes, as it has in Florida, he is the Empathizer-In-Chief.  Healing at home.  Leadership abroad.

A profoundly different Fourth of July.

Related Topics:bidenFeaturedPoliticstrumpus politics
Up Next

Should you be wary of pop celebrity crypto endorsements? | ticker VIEWS