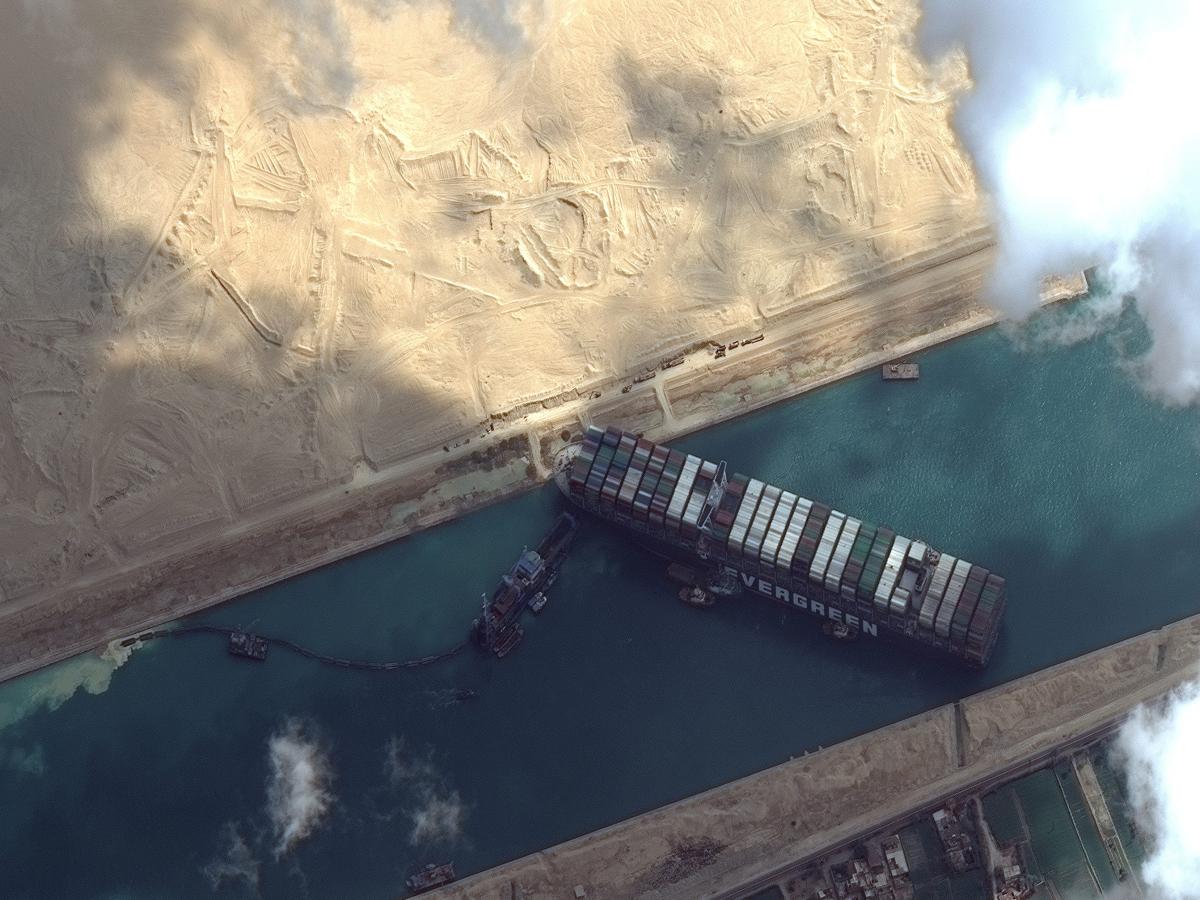 Now its finally departed after its owners reached a massive settlement deal with the Suez Canal Authority.

Terms of the deal were not disclosed but Egypt had demanded $550 million dollars.

The Suez Canal provides the shortest sea link between Asia and Europe.

But the vital waterway was blocked when the 400m-long ship became wedged.

The container ship was re-floated following a six-day salvage operation.

A formal settlement had been agreed in a compensation dispute, and the canal authority said the vessel would be allowed to sail on July 7.

The Suez Canal Authority has held the giant ship and its crew in a lake between two stretches of the waterway since it was dislodged on March 29, amid a dispute over demand for compensation by the SCA.

The Japanese-owned Ever Given had become stuck in high winds and remained wedged across the canal for six days, disrupting global trade.

“Preparations for the release of the vessel will be made and an event marking the agreement will be held at the Authority’s headquarters in Ismailia in due course,” Faz Peermohamed of Stann Marine, which represents owner Shoei Kisen and its insurers, said in a statement.

The SCA said the settlement contract would be signed on Wednesday at a ceremony, and that participants would be able to watch the ship leaving.

Stann Marine gave no details of the settlement.