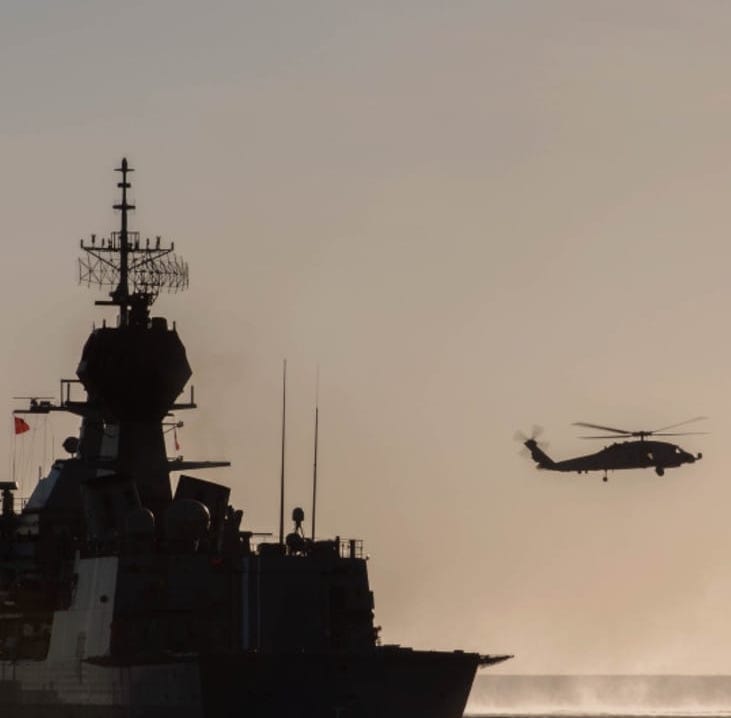 A second Chinese spy ship is heading towards Australia’s east coast as a major military exercise in the Pacific gets underway.

Australia’s Sunday Herald Sun is reporting the hi-tech surveillance ship Haiwangxing will join its sister ship in the coming days.

Earlier this week, the Tianguanxing was spotted in waters off Queensland.

It is the first time China has sent more than one ship to monitor the Talisman Sabre war games.

The Talisman games are Australia’s largest biennial training collaboration with the U. It began last Wednesday and runs until August.

It comes as the US sends the stealth F-22 fighters to the Pacific for the Games.

It’s believed the Chinese ships will remain outside Australian territorial waters throughout the games.

“The Haiwangxing, like it’s sister ship the Tianguanxing, has acted lawfully during it’s transit and we expect it to continue to do so,” Mr Dutton said.

The two vessels did not travel to the area together and approached on different routes several days apart.

As part of the Talisman Sabre exercise last week the US Army fired a Patriot missile in Australia for the first time.

The current training operation is the ninth iteration of the Talisman Sabre exercise.

Related Topics:chinaFeaturedpacificwar games
Up Next

Is it time to say “Goodnight Hong Kong”?

US sends powerful F-22 stealth fighter jets to the Pacific