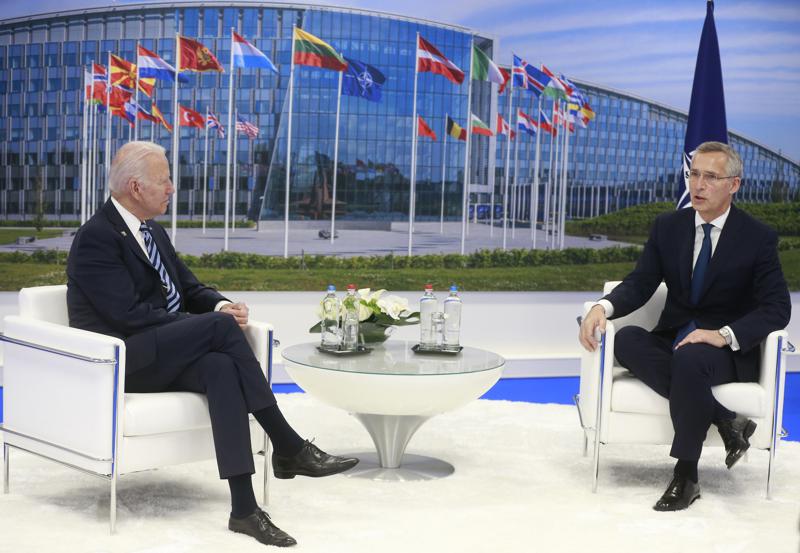 US President Joe Biden has sent a clear message to allies in Europe that the United States is back.

World leaders discussed the security and economic challenges posed by China and Russia, ahead of Joe Biden’s meeting with Vladimir Putin.

A different US president, and a different energy for world leaders at the NATO summit.

Donald Trump once threatened to withdraw from the alliance. President Biden describes the pact as a sacred obligation.

Joe Biden met with the Turkish president and other Baltic state leaders.

NATO was created as an alliance to defend Europe from the Soviet Union. However, today, it’s Russia and China that NATO sees as the biggest threat to security.

The president is now preparing for the major event on his schedule, a one on one meeting with Vladimir Putin on Wednesday in Geneva.

Ahead of his meeting with Vladimir Putin, Joe Biden has described the Russian leader as a worth adversary.

Russia has been in the crosshairs of European leaders due to its economic threats and cyber attacks on foreign countries.

The 30 nation Western alliance says China’s rising military presence around the world must be addressed.

The leaders also agree to update NATO’s strategic concept to factor in the new challenges of 2021. This includes cyberwarfare, artificial intelligence, disinformation, and new missile and warhead technologies.

Article 5 of the alliance’s founding treaty will also be updated to include threats to satellites in space and coordinated cyberattacks.

In the lead-up to Biden’s meeting with Vladimir Putin, the US President says he told his NATO allies that although he’s not looking for conflict with Russia, his country will respond if necessary.

He’s accused China and Russia of trying to split the transatlantic alliance. Although, he wouldn’t commit to whether Ukraine will one day join NATO, a line in the sand for Moscow.

While NATO was formed as an alliance during the Cold War, the British Prime Minister is staring firmly at China.

NATO was an alliance that just years ago felt shaky. Now it has a clear message to China and Russia. We’re back, and we stand here together.