Western Germany and neighboring Belgium are drowning in floodwaters, with 60 so far dead and more than 70 reported missing.

The full extent of the damage across the region is still unclear after many villages remain cut off by floodwater and landslides that have made roads impassable.

Belgium has reported nine deaths to the weather disaster so far.

The dead included at least 30 in North Rhine-Westphalia state and 28 in Rhineland-Palatinate state to the south.

Among the worst-hit German villages was Schuld, in the Rhineland-Palatinate district of Ahrweiler, where several homes have collapsed, and debris scattering throughout the community.

Extensive damage to homes and businesses

According to authorities, dozens more people were trapped on the roofs of their houses awaiting rescue. Authorities used inflatable boats and helicopters, and the German army deployed 200 soldiers to assist in the rescue operations.

Rescue crews continue to be hampered with calls for help, despite phone and internet connections being down in parts of the region.

Around 10 houses have so far collapsed in the town of Pepinster after the local river flooded the eastern Belgian town and residents were evacuated from more than 1,000 properties.

In Belgium, among the nine fatalities were two men who died due to the torrential rain. A 15-year-old girl is missing after being swept away by a swollen river.

“Unprecedented” weather that nobody expected

Weather experts said that rains in the region over the past 24 hours had been unprecedented.

Germany’s Greens political party has blamed the floods on global warming, with its parliamentary leader Katrin Goering-Eckardt telling a local media organisation that “this is already the impact of the climate catastrophe” As Turkey and Greece battle raging wildfire and unprecedented heatwaves, scientists say the Mediterranean has become a wildfire hotspot

As wildfires rage across Greece and Turkey, scientists have declared the Mediterranean a “wildfire hotspot”.

Greece and Turkey have evacuated thousands of people from their homes amid concerns that the fire would reach a coal-fired power plant earlier this week.

The fires comes as an intense heatwave engulfs Southern Europe, with areas in Greece recording temperatures over 46 Celsius.

The EU’s Copernicus Atmosphere Monitoring Service (CAMS) says the hot and dry conditions have increased the danger of further fires.

CAMS says that the intensity of wildfires in Turkey and Southern Italy are increasing rapidly. Turkey’s fire intensity metric “fire radiative power” reached the highest daily value since the records began in 2003.

The wildfires are causing pollution over the Eastern Mediterranean

CAMS says that the plumes of smoke from fires in Turkey are visible in satellite images of the area. Experts have linked to the pollution from these fires to cardiovascular diseases and lung cancer.

“It is especially important to closely watch these high intensity fires as the smoke they emit can have impacts on air quality locally and downwind,” said Copernicus senior scientist Mark Parrington.

This comes as the fires forced Greek authorities to evacuate villages yesterday. The villages are all located around the ancient site the western Peloponnese Olympic Games.

“We’re doing our best to save this sacred place,” local mayor Panagiotis Antonakopoulos, told television station Open TV. “After human lives our priority is to save our history.” 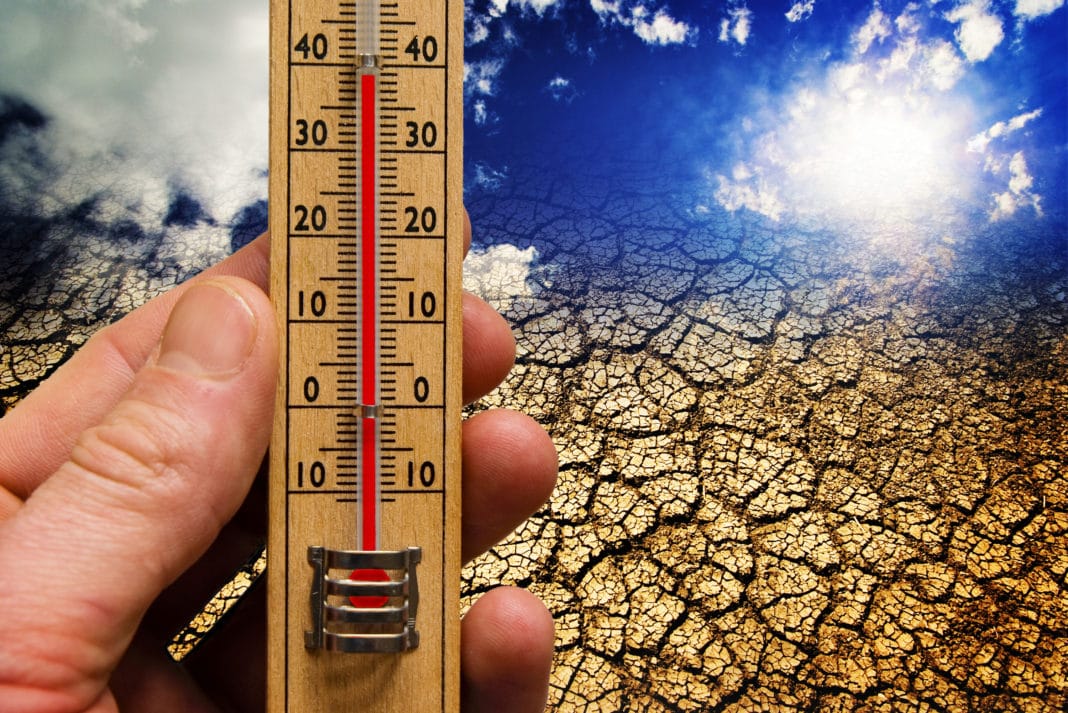 Rising temperatures to place four times the population of Australia in danger if no further action is taken against the world’s climate emergency. 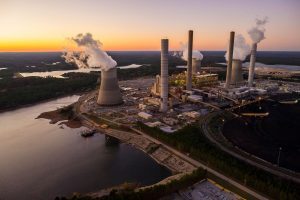 “By the end of the century, the projected 4.6 million excess yearly deaths would put climate change 6th on the 2017 Global Burden of Disease risk factor risk list,” Bressler says.

Published in Nature Communications, the study entitled The mortality cost of carbon may trigger many to think twice about how their lifestyle generates emissions.

Findings of the study show for every 4,434 metric tons of carbon dioxide, one person will die of a heat-related cause with temperatures set to rise by 4.1 degrees celsius by 2100.

This metric is equivalent to the lifetime emissions of 12.8 average global individuals or 3.5 Americans.

The highest mortality rates are expected to occur in some of the hottest regions of the world including Africa, the Middle East and South Asia.

It’s also important to note that the study only accounts for temperature-related mortality, excluding climate-mortality pathways such as the impact of climate change on infectious disease, food supply and extreme natural events such as flooding. 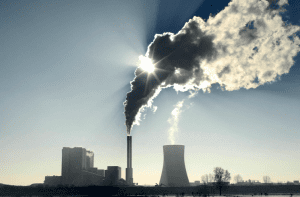 Rising temperatures could contribute to 83 million excess deaths within the next century.

Bressler says this metric could be used by governments and companies to determine how they choose to monitor high emission-generating activities.

“The emissions contributions of these groups are usually marginal relative to the aggregate emissions of the world economy from the industrial revolution through the twenty-first century,” Bressler says.

“If an organisation reduces its 2020 carbon dioxide emissions by one million metric tons this will save 226 lives in expectation over the course of the twenty-first century.”

Temperatures have increased by 1.1 degrees Celsius (2 degrees Fahrenheit) globally since 1880 according to NASA’s Goddard Institute for Space Studies (GISS).

Decreasing emissions so that there is only a 2.4 degrees Celsius increase by the end of the century could save 74 million lives.

5B : Why this is an answer to the climate crisis 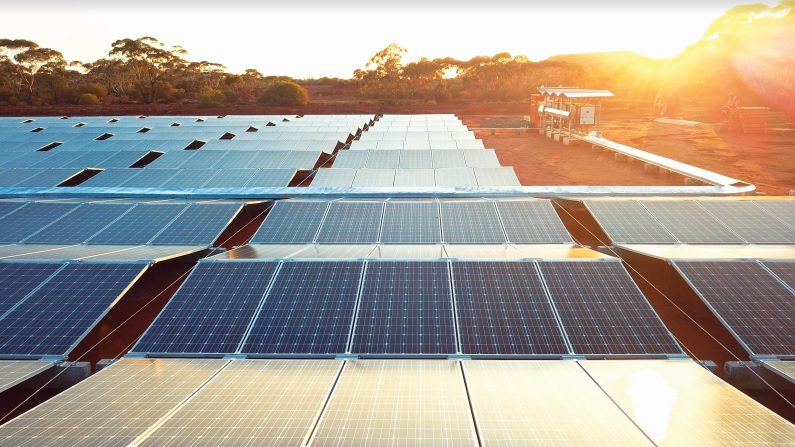 5B started as an Australian startup and is reinventing global solar energy from the ground up.

This week on Ticker Climate the co-founder of 5B, Chris McGrath ‘zoomed-in’ from sunny Darwin, Australia. 5B is an innovative solar technology business, with a mission to create abundant, accessible, affordable power from the sun. They’re breaking down barriers by making solar power easy, affordable, and quick.

Aussie startup founded over a bottle of whiskey

Solar engineers Chris McGrath and Eden Tehan founded the business in 2013. They came up with the idea over a bottle of whiskey. With an aim to accelerate the planet’s transition to fast, easy, low-cost clean solar energy. The way solar can, and should be. From a team of 30 employees last year, they now employ 137 people.

The name 5B represents the 5 billion years of sunshine Earth has left, and motivates them to strive for the simplest, most effective ways to leverage this resource.

“As individuals how we can add most to the challenge of climate change in front  of us.”

5B’s finely tuned ecosystem allows its solution to be produced anywhere in the world, at scale, with a network of channel, assembly, and deployment partners. They use technology to make the process of producing and developing solar easy and low cost.

They classify themselves as the ‘Maverick’s’ (a reference to Top Gun) of our time and the leaders of the renewable revolution.

The iconic technology of the ‘Maverick’ solar solution is the fastest, easiest and simplest way to deploy ground-mounted solar. 5B has redefined the engineering, and construction of solar farms.

They use the ‘Maverick’ to transform to supply and delivering chain of building solar farms to make it easier, faster, and cheaper. Their approach combines modular design, prefabrication, and rapid deployment.

This streamlines engineering & procurement and transferring cost, time & risk from the construction site to the factory. 5B makes the process simpler by using modular prefabricated blocks, pre-wired, minimal site preparation, suitable for most ground and soil types, minimal ground penetration and no trenching needed.

They’re the fastest deployment on the market.

5B has joined forces with the Sun Cable Project. This project will be the world’s largest solar farm in the world on completion. It will be able to power whole cities with renewable energy.

It is in a remote location in the Northern parts of Australia. By conventional means, this process would take thousands of people in a camp in the middle of nowhere to complete.

However, with 5B they will use a highly trained workforce in a factory in Darwin, then a fleet of autonomous vehicles will help to make the rollout efficient and seamless. They will use about 100 people as opposed to thousands. They will be rolling out approximately 180 ‘Maverick’s’ per day, which equates to about one per 5 minutes.

This project will be a lighthouse for 5B to showcase their capabilities and leadership in this industry. And, with predictions the cost of solar will continue to go down, Australia could be on track to become a renewable energy exporting leader.

“The advantage in Australia is the price of solar will keep going down and that will give us an advantage over other countries. “

5B is also expanding internationally, breaking into markets in Chile, the United States, and India. They want to drive growth into these markets to build their ecosystem of partners right around the world. They also have a factory in Vietnam ramping up.

Eventually, 5B wants to implement a system so seamless that you can buy a solar farm online and have it delivered the next week.

Right now disastrous fires are wreaking havoc across the world. The United States and Turkey, are the most recent to fall victim to the frightening blazes.  Some of the challenges local towns and communities in remote locations face are the risk of bushfires & storms that end in extended blackouts.

The solution for these towns, communities, and businesses is solar. In Australia, 5B recently worked on a project named ‘resilient energy’ in partnership with Tesla and the co-founder of software company Atlassian, Mike Cannon-Brookes.

The project aimed at getting power back to bushfire-affected communities. The purpose is to use renewable energy to make the communities and power systems more resilient, relying less on power lines that are likely to be damaged during a fire.

“Power lines cause fires…We want communities and power systems to be more resilient.”